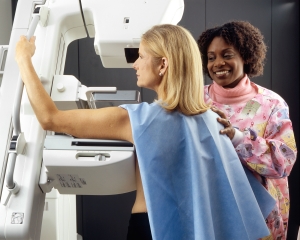 As a women’s health GP, I used to send patients for breast imaging. And sometimes they needed a biopsy which was either a CORE biopsy or a Fine Needle aka FNA. Now FNA, I’m cool with. CORE not so much.

So when the radiologist, Dr Slater, came in to tell me the good news, after calling up one of the fav breast surgeons, we proceeded to core biopsy. Something I knew a lot ….. but, actually, NOTHING, about.

Core biopsy isn’t the same fun as having a mole cut out. There’s anaesthetic that stings a bit…… but there’s clicking and clunking that is quite unnerving. And it’s more the sound of the click-n-clunk than the pain. But when you’re already unnerved and terrified…..even if you’re a dr…..it’s scary.

What made the experience worse, a well-meaning nurse kept telling me, “It’s probably going to be negative sweetie….most of them are”.

You idiot…….I already knew it was breast cancer!!! So your attempted reassurance is bugging the hell out of me. Just. Shut. Up.

But I remained quiet…..wanting to grab her by the throat to silence her! Well meaning words are only useful if they’re situation appropriate. Not situation annoying. Like asking a lady if she’s pregnant and getting the reply, “No I’m just fat”.

This is how fast it happened. This is one of the perks of having a D and R in front of your name. Now don’t get me wrong, occasionally fast tracking is good. However, sometimes it happens so fast that you don’t have time to sit with the feelings, the shock and the grief, to allow some level of fear-infested digestion to occur.

Kindly, the surgeon had asked her receptionist to sit me in the kitchen so I wouldn’t inadvertently be in the waiting room with a patient I may have referred there.

Oh yes……by this stage my boyfriend was in attendance.

The same guy who, when I called him that morning to say I was on my way to get a mammogram, said, “You better hope it’s something real this time”.

Careful what you wish for. It couldn’t get any more real. We’d had a few disagreements that week and fuses were running short. But I was certainly not the hypochondriac woman getting weekly mammograms or tests. I was the epitome of self neglect, reminiscent of any full-time working single mom with kids with diabetes and disabilities!

So, man in tow, man who had flippantly used harsh words that can never be erased from my life video recording, we are called in.

Take it off NOW. And while you’re about it, take it’s friend next door.

I no longer wanted body parts that were no longer my friends. Frenemies that betrayed me and became hand grenades waiting to annihilate and cause mass destruction.

Mastectomy of the naughty boob was the course of action. Only 1 boob. Deal with the problem at hand first. Don’t look to create more issues. But first scans because I’d been having back pain.

On 1 occasion, when I saw my dr for the back pain, I’d joking laughed, ‘How do we know it isn’t something like breast cancer’…..to which the dr replied telling me not to be neurotic. Just. A. Few. Months. Ago. Same appointment as having a breast check that revealed ‘nothing’. And no mammogram was suggested. That was March 2011. We were now May 26 2011.

Denial, Diagnosis and the rest

Empowering One Another
Scroll to top